Wines of the Collio region: history and passion in every sip 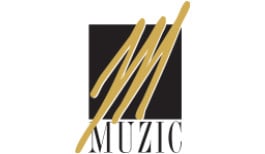 Muzic is a winery in the Collio Friulano region that has a history of almost 100 years and a family tradition handed down through 4 generations. It all began in 1927, after the First World War, when the great-grandparents of the current owners settled in the village of San Floriano del Collio and embarked on the art of winemaking to overcome the poverty of those years. In 1990 they began bottling and over the years the business has expanded considerably. Today the soul of the winery is Ivan Muzic, a true wine artisan who loves his land and his work in the vineyard. He is assisted in his efforts by his wife Orieta and their children Elija and Fabijan.

The vineyards extend over 21 hectares in the Bivio area: 19 fall within the DOC Collio area, while the remaining 2 fall within the DOC Isonzo del Friuli area. The landscape is characterised by gentle slopes and the climate is softened by the breeze from the Adriatic Sea. The vines are rooted in soils rich in stratified marl and sandstone, locally called "ponca", and some of them are over 80 years old. The varieties grown are mainly indigenous, such as Malvasia, Ribolla Gialla, Friulano and Picolit. However, there is also room for international varieties, such as Sauvignon, Cabernet Sauvignon, Chardonnay and Pinot Grigio. Muzic's philosophy is founded on three principles: growth, tradition and respect for the environment. Since 2014, the winery has been producing with minimal environmental impact and consumer protection, obtaining the Magis sustainability certificate. The cultivation of the vineyard is based on integrated pest management, while chemical weeding was abandoned a few years ago. The harvested grapes are processed in the modern wine cellar, which is connected to the historical premises, with exposed stone walls and vaulted ceilings, dating back to the 16th century and restored in the early 2000s.

The wines of Muzic reflect four generations of hard work and passion focused on the revival of winemaking as an integral part of the new, post-war life. As a result, the wines are fresh, mineral and intense, with a strong territorial imprint, and of the highest quality. Each sip is an opportunity to experience the most authentic features of the Collio region, which has been defined as "the garden of Gorizia".