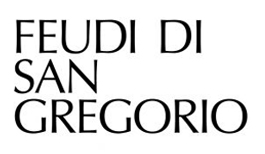 Feudi di San Gregorio is one of the most famous wineries in southern Italy, and in just a few years has become a symbol of wine-making and commercial excellence in the Campania region. Its exponential growth has already become a reference point and a model for business development in the world of wine. The secret of this success is based on the precise objective of rediscovering the traditions and identity of Campania and enhancing them through a virtuous and well-structured commercial network. Founded in 1986, Feudi di San Gregorio immediately focused on the valorisation of southern grape varieties, such as Aglianico, Fiano di Avellino and Greco di Tufo. The love for its own territory is the basis of the production of this winery, the essential prerequisite to transform a bottle into a place of meeting and knowledge. Even today, in fact, the entire production is based only on indigenous Campania vines, which have risen to the forefront of the national and international scene thanks to wineries like this one.

Feudi di San Gregorio has succeeded in achieving its mission in just a few years and going beyond, becoming one of the symbols of the enological renaissance of Southern Italy. The quest for excellence has also influenced the elegant design of the bottles and labels, created by the artist Massimo Vignelli, and the avant-garde architecture of the company headquarters in Sorbo Serbico, Irpinia, by the architects Hikaru Mori and Maurizio Zito. We are talking about a small artistic jewel not far from Avellino, a structure with a reduced environmental impact with continuous water features and a wonderful overall harmony. The combination of art and wine is part of the winery's project of excellence and involves commissioning graphic, photographic and advertising projects from emerging local artists and internationally renowned personalities.

The Feudi di San Gregorio winery has been able to combine passion and innovation, rediscovery of the territory and attention to the new globalised world, tradition and commercial success. Only in this way has it been possible to elevate a modern and avant-garde winery to the status of a great protagonist of the territory, making it appreciated all over the world.