The excellence and elegance of quality grappa: a family of distillers in Friuli since 1897 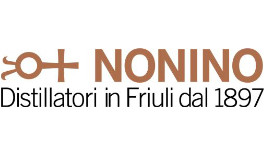 The Nonino distillery is one of the most famous Italian producers in the world and a true symbol of tradition, quality and prestige. It was founded by Orazio Nonino in 1897, when, after years of travelling with a still mounted on wheels, he established his headquarters in the town of Percoto, in the Friuli Venezia Giulia region, near the city of Udine. For over 120 years the business has remained in the hands of the Nonino family who, in their long history, have succeeded with increasing success in accomplishing an important mission: bringing Italian grappa to the world, transforming it from a rustic and peasant distillate into a noble and prestigious spirit, from a traditional everyday product to a luxury item for important occasions. Starting from the 1960s, the first vintage labels were created, with the indication of the year of the grape pomace, while 10 years later, Benito and Giannola Nonino created grappas from single grape varieties, valorising the ancient native vines of the territory and revolutionising the way in which this excellent Italian distillate was conceived. The New York Times summed up the great achievement of this family of distillers in the following way: "For decades, grappa was little more than a pocket-sized form of heating for the peasants of northern Italy. But all this was before the Noninos of Percoto came to prominence''.

The work of Benito and Giannola, who was awarded the title of Cavaliere del Lavoro (Knight of Labour), is now continued by their three daughters Cristina, Antonella and Elisabetta who have remained faithful to the standards of absolute quality and enhancement of the best agricultural methods. The raw materials used are very fresh, damp and destemmed marcs, which are fermented for a short time in steel vats at a controlled temperature. The distillation process is carried out using artisanal methods with discontinuous stills heated with steam. These operations are carried out under the supervision of the master distiller, who checks the quality of the raw materials and determines the cutting of the heads and tails using his experience and sensory involvement. The traditionalist choice of the family, which includes the refusal to use demethylisation columns and continuous industrial plants, allows a production of absolute quality without compromise. To achieve this, the Nonino family now owns 5 artisan distilleries with a total of 73 stills which, during the harvest period, are active 24 hours a day. Only barriques and small casks are used for the refinement of the distillate, which are able to confer a slow and constant natural enrichment, without the addition of other additives.

Grappa Nonino is today known all over the world as the excellence of Italian distillation. Every label has detailed information on the raw materials, the production method and the ageing process. Sensory richness, impeccable elegance and stylistic precision are the constant characteristics of this production that has become a model of inspiration for producers all over the world and an exciting guarantee for grappa lovers.

"Nonino is to grappa what Armani is to high fashion".

The Grappas of the Nonino Distillery