The history of the Speyside and its Whisky always elegant, delicate and refined 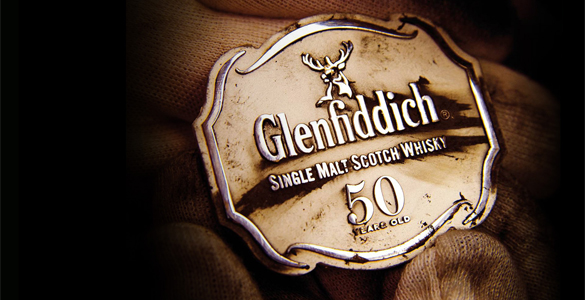 Glenfiddich is the most awarded distillery in the world and produces one of the most popular single malt whisky from Speyside: famous for its history and for its vast collection boasts the most important prizes awarded in international competitions.

The reality of Glenfiddich begins in 1886 thanks to its vision founder, William Grant, who step by step, along with his numerous children, has managed to build a more and more equipped distillery: the first Glenfiddich whisky ran from the stills on Christmas Day in 1887. In the twenties, when the founder died, the brand Glenfiddich was known also in Australia, thanks to the variety and quality of single malt produced through small stills. The management company has been over the centuries in the hands of Grant family, who was able to transmit a legacy crafted to his descendants, reaching today the fifth generation. The pristine place where the distillery is gives excellent quality raw materials and the importance of nature that surrounds it is shown in the Gaelic name "Glenfiddich" itself, which means "the valley of the deer". In fact, the distillery is in Dufftown and its pagoda roofs stand out in the green valley of the River Fiddich, where barley is first rate and the source Robbie Dubh provides crystal clear water.

The story of whisky itself has been marked by the stunning insights of William Grant who introduced for the first time in the UK market a whisky aged 8 years. With its most awarded single malt in the world, Glenfiddich is very appreciated by whisky lovers for both its classical methods and its particular processes and finishes, its single malts are unique in the world, matured in rum casks from the Caribbean, Bourbon whisky barrels from America or sherry butts from Jerez in Spain.