A true symbol of the Franciacorta area: a great story of Italian sparkling wine 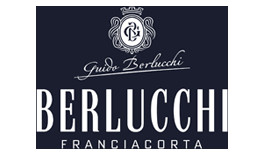 The Berlucchi winery is a true symbol of Italian excellence throughout the world: the name that gave rise to the production of Metodo Classico sparkling wines in Franciacorta and remains a reference point for many generations. It was founded in 1955 by Guido Berlucchi, a descendant of the noble Lana de' Terzi family, together with his friend Giorgio Lanciani and enologist Franco Ziliani, at the time a young graduate of the Alba School of Enology. It was the beginning of a legendary story: Franco Ziliani's intuition and desire to create a sparkling wine "in the French way" gave birth in 1961 to the first Pinot di Franciacorta, the founder of all Franciacorta sparkling wines. Guido Berlucchi's great success encouraged other producers to take the same path over the years and decades, transforming the territory into what is now the cradle of the Italian Metodo Classico.

Today, the Berlucchi cellars are managed by the Ziliani family: Cristina, Arturo and Paolo have adopted the approach of their father Franco and have taken up the legacy of Guido. In addition to the 85 hectares owned by the family, the Berlucchi winery manages another 450 hectares, for a total of well over 500 hectares. But the real pride of the Ziliani family is the vast underground quarries and, above all, the historic wine cellar, dug 10 metres below ground by the Lana de' Terzi ancestors in the 17th century. Here the bottles of bubbly find the optimal environment for ageing. Next to the ancient cellars stands Palazzo Lana, a fascinating 17th-century residence embellished with ornaments, frescoes and antique furnishings. It is a legendary monument, a true point of reference in Italy for the pioneering spirit in the production of high quality sparkling wines.

Berlucchi Franciacorta wines are the fruit of a great history and express the "Franciacorta style" to the fullest, a symbol of the Made in Italy concept. All the wines produced are not only great products but also a brilliant page in the history of wine, a history that unites all Italians and makes them proud of their traditions.

"Franco Ziliani in the 1960s was a true genius for Italian sparkling wine, in the Kantian sense of the term, having taken great care to mix imagination, intellect and aesthetic taste."

The Franciacorta sparkling wines of Berlucchi