The experts in Prosecco, in its various types and expressions 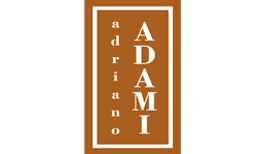 Not far from Valdobbiadene there is the town of Vidor and here, in the hamlet Colbertaldo the seat of the Adami Winery, whose date of birth can be fixed in 1920, when grandfather Abel Adami bought by Count Balbi Valier a small vineyard. The vineyards of Adami, now led by Armando and Franco, are therefore in that area, between Conegliano and Valdobbiadene who got the DOCG from 1 April 2012.

Prosecco Adami is an high-quality wine, because of the fantastic climate conditions of this area: the Alps, to the north, inhibit the access of cold winds, while the sea, not far away, ensures proper ventilation of the "Rive", as they are called here the slopes, to which cling the vineyards. Vineyards are beautiful, but extremely tiring to work, where it is put to the test the determination of the tenants. "Col Credas" and "Vigneto Giardino", Zardin in dialect, are the most important vineyards of the Winery; the second has a history that is born in the Middle Ages, when towards the end of the fifteenth century the authorities tore down a forest that occupied that area and planted vines there, it was then that became known as the Garden.

The Winery, by choice, only produces wines Prosecco. Numerous awards over the years testify to the success that these wines have achieved both in Italy and abroad.