Wines with personality, fruit of the passion and expertise of a great winemaking woman 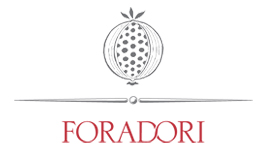 Elisabetta Foradori is one of the most influential and determined women of wine in Italy, nicknamed 'the lady of Teroldego'. One of her greatest merits has been contributing to the revaluation of the Teroldego grape variety, which in recent years has been able to establish itself on the Italian wine scene with great authority, together with other indigenous varieties from the Trentino region such as Nosiola and Manzoni Bianco.

Elisabetta Foradori became a winemaker in 1984, when she found herself managing the family vineyards after the death of her father. In all these years Elisabetta has been able to bring the combination of passion and competence to the highest levels, becoming an essential point of reference for many winemakers in the Trentino region and, above all, for connoisseurs of fine wines. Trentino is a region that is absolutely ideal for the production of high quality red wines and white wines with character. The potential of the territory is fully exploited by the Foradori winery, giving us bottles that reflect the quality and patience of the work in the vineyard and in the cellar.

"How would I define myself? A custodian of the land" says Elisabetta Foradori about herself. The vineyards are in fact cultivated according to biodynamic methods, with high-density and espalier systems. In the winery, vinification in amphora is favoured, following a very ancient tradition, and no selected yeasts are used. Elisabetta's production philosophy is perfectly summed up by this phrase: "Capturing the delicate differences existing in nature, listening to it, to preserve the sincerity of the grape's character in the expression of its place of origin". This results in artistic, expressive and territorial wines: the white wines are rich and complex, while the Teroldego wines (among which the Granato stands out for its intensity) are all dark, full-bodied and deep, and an authentic expression of the territory of origin.

"Working with nature refines the ability to feel, makes the farmer's spirit and habits come alive and leads to a deep understanding of the processes of life".

The wines of Foradori