Pure and elegant wines, born from the love of nature and the territory 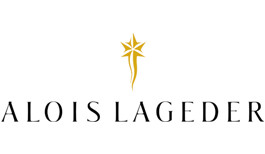 The history of the Alois Lageder Winery has its origins in Albions, a small mountain village in the Val Gardena valley. At the beginning of the 19th century Johann Lageder decided to leave the hard life in the mountains and try his luck in the city, where he found work in a cartmaker's shop and in 1823 took over the business. At the same time he began to wholesale wine. In 1855, Johann's two sons split up their father's business: one continued working in a cart shop while the other, Alois, continued trading in wine. In just a few years, this activity developed considerably, so much so that Alois was able to purchase the first vineyards and began to make wine both from his own grapes and from grapes purchased from third parties.

Since those days the winery has continued to develop, expand and modernise, passing on from father to son: all always named Alois. Today we have reached Alois IV, although the other constant that has always characterised the life of the winery is the quest for absolute quality in the wines produced, always respecting the natural characteristics of the land. The ultra-modern wine cellar built in Magré is an example of sustainable and ecological standards, equipped with all the most advanced equipment and technologies for production, such as, for example, the handling of grapes by means of gravity, in a 17-metre high "tower".

The wine production is divided into three lines: "Classic Grapes", "Compositions" and "Masterpieces". The first line includes wines made from grapes sourced from growers, the second line includes wines made from the winery's own and purchased grapes, while the third line is made entirely from the winery's own grapes, from vineyards cultivated using biodynamic methods. Alois IV summarises the philosophy of his winery as follows: "Even from the best vineyard and the noblest vine, a great wine can never be produced without the work of man. It is man who knows how to recognise and bring out its potential.''