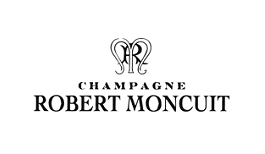 The winery Robert Moncuit was founded in 1889 by the grandfather of Robert, Alex, who creates in the territory of Le Mesnil-sur-Oger, his vineyard. He married Henriette Launois in 1907, is the son Alexandre several years later, that acquired more land and enlarges the vineyard. However, only with the arrival of Robert, the third generation of the family Moncuit, the winery begins the commercialization of the first cuvee of Champagne, in 1935 and sold until 1987, the year of the death of Robert. Today the reins of this beautiful reality in the heart of the Champagne have to her daughter Francoise and his nephew Pierre Amillet, who work and sell the entire crop as Récoltant Manipulant. Pierre and Francoise take very much to the traditions he learned from their grandfather, for this big attention are dedicated to the environment, the identity and personality of Champagne products, always fair expression of this beautiful and unique terroir. In the vineyards they will not charge any herbicide and insecticide and viticulture is absolutely sustainable. Harvesting is done by hand, with careful selection of the grapes. All these precautions taken in the vineyard and in the cellar allow Maison Robert Moncuit to represent a small pearl wine in endless panorama of Champagne.