Real, intense and expressive Champagne, made without compromises 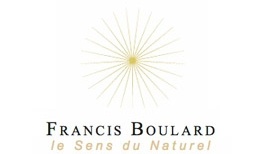 In 2009, the three sons of Raymond Boulard decided to follow their careers, putting an end to the cellar Raymond Boulard. Thanks to Francis, his wife Jeanne and their daughter, Delphine, however, the winemaking tradition has not gone completely lost: they, in fact, start a new business, the Francis Boulard Champagne & Fille. Since the birth of this new reality Francis Boulard has led the whole family to use are organic methods in their vineyards and now his main goal is to be acknowledged as organic the entire company. The experience as a vigneron certainly not lacking, as Francis belongs to a family of wine for 6 generations. The vineyards of his estate are mainly located in Cormicy, north-west of Reims in Saint-Thierry, on the hills nicknamed the "Petit Montagne de Reims". The organic and biodynamic methods that Francis chose to use allowed the wines of reaching a greater aromatic complexity and a higher mineral vein in the glass. The cellar of Francis Boulard is certainly one of the most interesting of Champagne, which has sought to characterize its production so as to create wines that are representative of the territory of Cormicy: powerful and minerals like only the best Champagne can be.