The female simbolism with the best expression of the vine 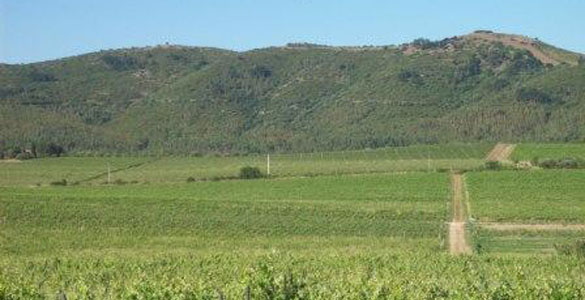 Mora&Memo winery rises in the splendid setting of Serdiana, south-east of the island of Sardinia. The estate has a beautiful vineyard of forty acres in the midst of his thirty years, able to collect minerals from clay, sand and limestone soil. The vineyards are also beaten by the pleasant and constant sea breezes, carrying the scents of a Mediterranean essences and the saltiness of the nearby sea. The spectacular location on top of a hill means that the grapes are able to fully express the character and nature of Sardinia. Peculiar also the symbol that this small winery has chosen to represent itself: the four “Mori”, flag and symbol of Sardinia, the memory of the epic battle by which the island was liberated from the oppression of the “Mori”, Mora&Memo contrasts the Bandidas, characters created by the creative Katia Marcias. «These four figures represent the colors , the austerity and the elegance of the costumes of Sardinia. They are a metaphor for the family of Sardinia, where, since the era Nuragica, the woman, the “Mora”, was the center of social life. Memory is one of a large family suited to wine for four generations». All this is Mora&Memo, a winery able to collect the benefits of a wonderful land, full of scents and aromas, colors and traditions, and to turn them into wine. Unique bottles, in appearance and in the character, produced following the dictates of biological management and capable of tastes and smells like this wonderful land.