Winemaking wisdom with a panoramic view of the Langhe 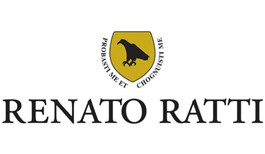 Since 1965, Renato Ratti has been a famous and renowned name in the Langa region, when the founder, after whom the winery is named, purchased the first plot of vines, covering some 7,000 square metres, in the historic Marcenasco area, in the hamlet of Annunziata in the prestigious commune of La Morra. The first Marcenasco Barolo was produced exclusively from grapes from a single vineyard. In the same years Renato's nephew, Massimo Martinelli, also an enologist, joined the family, with whom they started a process of analysis and research aimed at developing an appropriate vinification technique for the winery's labels. The idea that the Ratti family proudly pursued was to let Barolo wines evolve for a long time in the bottle, instead of relying entirely on different types of wood for ageing. An innovative and courageous approach for the time, which gave rise to increasingly rich, refined and long-lived interpretations. The 1980s were an unquestionably golden period for Renato Ratti: he was appointed president of the Barolo Consortium and director of the Asti Consortium, personally involved in drawing up the respective production regulations. Thanks to him, the possibility of identifying the sub-zone and the compulsory indication of the vintage on the label became pivotal points in the labelling of the great wines of the Langa. With the drawing up of the map of the historical sub-zones of Barolo and Barbaresco, he became the historical reference point of choice inside and outside the borders of the Langhe, and his fame continues to this day. Renato Ratti was an outstanding personality who dedicated a lifetime to his wine business, bequeathing to his son Pietro the major projects for the expansion and restructuring of both the winery and the vineyards.

The Renato Ratti winery now has 38 hectares of property, distributed between La Morra, Mango and Costigliole d'Asti, characterised by very different vines, microclimates and soils, but always cultivated with equal respect and care. In 2002, work began on the new cellar with more space for new barrels and barriques and a wonderful tasting room with a panoramic view of the Langhe. Elegance, smoothness and longevity: the enological wisdom of Renato Ratti is renewed in every wine glass.