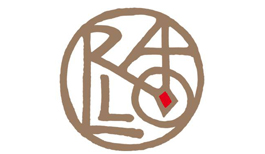 The historic Rallo winery, housed in a fortified 19th-century farmhouse, stands on the Marsala seafront facing the Egadi Islands. It was founded in 1860 by Diego Rallo, who decided to produce Marsala for the domestic market, which included the Savoys, and for the world market, which he sold through English distributors. In 1997, the winery was handed over to the Vesco family, who relaunched the business, taking production from an industrial dimension to a certified organic agricultural system. The winery has won several awards in the most important international wine competitions.

Most of the Rallo winery's vineyards are located between the towns of Alcamo and Camporeale, in the Patti Piccolo district, and cover about 80 hectares. Another 10 hectares, populated by Grillo vines, are located in the Marsala area, while Zibibbo is cultivated on the island of Pantelleria. All stages of production are expertly guided by Andrea Vesco, who has the professional support of over 20 collaborators and the enological advice of Carlo Ferrini. In line with the philosophy of the current winery manager, numerous pockets of biodiversity are preserved in the vineyards, thus reducing the occurrence of harmful pathogens. The grapes grown in the Rallo vineyards include Grillo, Catarratto, Moscato, Nero d'Avola and Zibibbo.

Rallo's wines are distinguished by their finesse, intensity and drinking pleasure, and are rightfully considered excellent territorial wines, which are confirmed, year after year, as among the best enological expressions of western Sicily.