Stefano Bellotti, the soul of a liberated farmer 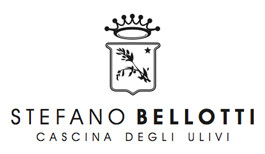 The Cascina degli Ulivi winery was established in 1977 in the municipality of Novi Ligure, in the province of Alessandria, which lies on the border between Liguria and Piedmont. In the 22 hectares of land owned by the company, about ten hectares are planted with vines and another ten are used for the rotational production of wheat and fodder. Cattle and small farmyard animals are bred on the property, and there is also an agritourism, where you can eat local specialities and taste the wines from the cellar.

The owner, Stefano Bellotti, embarked on this fascinating project when he was just 18 years old and owned just one hectare of land. Since then, with hard work and his passion for country life and the help of his first teacher, neighbour Pietro Toccalino, he has made great strides. The "Cascina" almost immediately adopted the organic method and later, in 1984, the biodynamic method; in the vineyards they practice the "herbaceous green manure" technique, a natural system to make the soil rich in acid-ferrous clay fertile, limiting the use of chemical substances as much as possible. All the wines produced by the winery have the "triple A" mark and are certified Agrobiodynamic and Bios. As the years went by, Stefano realised that his radical philosophy, aimed at preserving the soil and its integrity, was also followed by great producers such as Alfredo Roagna, a historic name in Barbaresco, Luigi Brezza, the first biodynamic winemaker, and the Alsatian master Pierre Frick.

Stefano Bellotti, who passed away a few years ago, is still remembered as one of the pioneers and most important figures in biodynamic agriculture and the world of artisanal wine. His wines, produced by spontaneous fermentation without the use of sulphites, represent a starting point for discovering the true natural essence of wine. Before leaving us, Stefano bought an old, abandoned farmhouse in the nearby hills, with 2 hectares of surrounding vineyards, in which Timorasso, a grape variety typical of this region of Piedmont, was planted. Here Stefano dreamed of creating a large agricultural-educational project to spread the culture and love of agriculture and viticulture, especially among young people. Among his greatest wines, we would like to highlight Filagnotti and Montemarino, which are the two historical products of Cascina degli Ulivi.