Wines with the ancestral appeal of an old Emilian winery 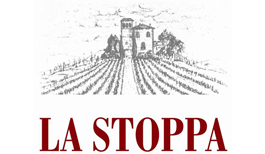 La Stoppa is an ancient winery in the Val Trebbiola valley, in the Piacenza area, which is today considered to be one of the reference points in Italy for the production of traditional wines with great personality. The winery was born in the mid-19th century from the vision of the lawyer Ageno and has been managed since 1973 by the Pantaleoni family. Today it is represented by Elena Pantaleoni, along with the enologist Giulio Armani, who has worked there for 10 years. Since the 1980s, the decision to revive ancient traditions, to use only indigenous yeasts and to carry out long macerations and ageing, has led to debate and introduced a new style of wine-making to local producers, which is both ancestral and innovative.

The vineyards of La Stoppa are located on a vast estate populated mainly by oak and chestnut woods. The vines cultivated are the indigenous ones of the area: Malvasia di Candia, Barbera and Bonarda, together with other international vines originally planted by the lawyer Ageno. Yields are naturally low due to minimal agronomic interventions and the very high age of the vines. No fertilising or pruning is carried out and the only treatments are those with copper and sulphur, in line with organic farming principles. At the foundation of this agricultural choice lies the sensitivity of Elena Pantaleoni, who considers her land not as property but as something precious to be preserved. In the cellar, the enological approach is oriented towards the observation of spontaneous natural processes and interventions are kept to a minimum, with the belief that no human intervention should condition the development of nature, but only accompany its expressions.

La Stoppa wines are the direct expression of the territory, the vintage and a production philosophy that aims to respect the environment by restoring tradition. These are wines that have caused considerable interest, not always straightforward, but with great character and ancestral charm. These include Ageno, a very complex white wine left to macerate on the skins which, more than 10 years ago, inaugurated the winery's traditional and environmental turning point, and Macchiona, a red wine based on Bonarda and Barbera which has shown extraordinary longevity.